NFT staking and play-to-earn has no ROI

Since Bounty Hunter was being replaced by X Collector there is no ROI in the game anymore.
I own 3 myth, 2 legend and 3 epic cards, which costed some serious money.

Card prices dropped hard (also the XWG price), so selling is not a real option. X Collector gives me ~10 XWG / day (0,25$).
So I rolled the cards into the game (V1), finding out winning battles gives me just a couple of XWG.

In my opinion the attraction of Metaverse games is all about play-to-earn and/or staking. If it was about gameplaying there are other better ways. Allthough the Dream card graphics are really stunning!

I do understand tokenomics are under pressure because XWG price has dropped by 80-90%.
But in my opinion this does not need to effect my ROI in XWG tokens.

It’s essential for XWG to keep NFT/Dream card staking interesting and fair! A common card having the same hasrate as a myth is NOT fair!!!
You’ll risk losing a fair amount of your players/investors base this way.

Ya, the staking pool just shutdown for temporary, the whole mechanism will be changed.

Check out our recent medium articles! 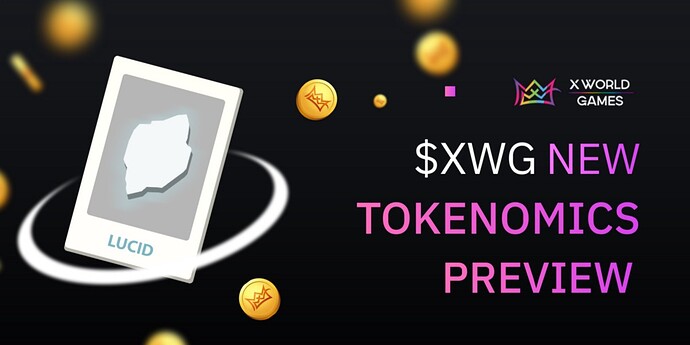 An Outlook of What’s Going to Change

They are just leaving the XWG token out to dry…everything spiralled down when they started offering Mystery boxes in Binance at 88 USD rather than the usual by then 20 USD and no common card…engagement of non whale players dropped, less money was being circulated, demand for the XWG fell and you know the rest.

It also seems they were too generous in the beginning with the APR of the stacking Bounty hunter rounds, and had to adjust it drastically when they were running of XWG tokens to mint. They either did that to hook a big playerbase in the beginning or made a rookie mistake many online (NFT based or not) make with their economy, which is having a lack of money sinks or engagement for players to spend money rather than just cash out.

Hope they can move forward in a good way and create engagement again, otherwise I feel like a fool for not cashing out my card sooner (even if don´t have anything above rare) despite having made some money selling the cards on Binance and the XWG marketplace

EDIT: after reading the linked article, it seems they will try to solve the engagement issue with the “play to stake system” which will force players to play if they want to stake. That could either completely kill the ecosystem or give a short term boost, but doesn´t seem organical in the long term without proper gameplay engagement. They should at least add more compatibility with other wallets like Metamask for Dream Card V2 rather than trying to force us into the XWG wallet, because almost nobody will want to pay the gas fees to move huge NFT collections without some guaranteed profits or stability.

Yes agree. Card prices drop heavily , the selling is a not an one of the option