Hey everyone, we are planning to add one special pk battle mode!

We would love to hear the community’s suggestions, tell us everything for example style, wage, reward for winning, punishment for losing and anything else you can think of!

1 VS 2 if there are no good matches for high power players.
Also players should not be punished even if they lose the game.

I propose Commander to be able to migrated to another account due we are exposed to be hacked, this happen to me and I can’t use a commander level 15 any more due this wallet is not safe anymore.

It’s very important to change this protocol if we are for s long term investment, there is not more than 20 player with commander level 15 still time to make such changes.

Here are some suggestions for new pk or existing battle mode:

…other suggestions i would love to see in the martkeplace:

Thank for listening us

I also agree with you that I should see a way for level 15s to have their commanders safe. That would be a very good thing for everyone because we are not always safe in metamask and anyone can be hacked, one is cautious and careful but being something public could run a certain risk.

Try to remove withdraw limit. No limit for withdraw is better option.

Since V1 isn’t pretty friendly on 1v1 friends, I totally suggest you out to make a V4 game.
Yeah, I’m not kidding here, you already have the tools to make it succesful.

I already shared this in the past but V4 could be a Tower Defense game.
Actually our cards do hold Element based on them, so player should only have to place the cards on the map to kill the mobs that move from portal to portal.

If anyone isn’t familiar with Warcraft3 or Dota mods, I’ll explain:

As you can see, the player places towers, upgrades them, and can also mix two different elements in order to keep winning and moving forward.

Towers on this case would be our cards, enemies would be other cards too.

Easy example of how a card could be? 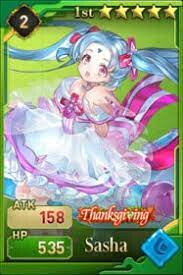 Base Attack → Attacks the enemy for X damage and also cripples/slow for 3s slowing him 20% of his speed.

This kinda of game modes are based on strategy and RNG involved if you put there some mechanics.
The more attractive the RNG and fun is, the more it will be played, also this kinda of games can be played by 8 players at once or 2 minimal. So you could invite all your friends and also random people.

And also this isn’t a simple game, you can add as more mechanics you want, you could also for example allow people to send enemies to others and so on. Imagination is your limit.

And of course, before entering the game, people would see lobbies and their purpose. If people want to wager an amount, it would be paid in the lobby to the game system and split among winners.

There is a phrase made in spain that says: if you lend money to a friend, you lose the money and the friend. It’s important to understand the background of some things, I think wager whatever amount is more funny if you involve your friends, but also, involve others, a more “massive” game would embrace that idea better because you’re not taking money directly from your friends.

I hope this suggestions do really end on Team desk and we have some feedback here.

It would be cool to add the Clan or Guild feature. Everyone can enjoy a clan/guild. At the end of a season (monthly or more) drop reward (XWG/Lucid/Shard/equipment…) for the strongest one, and drop rewards to the member based on a ranking system.
Points for the guild can be calculated based on the sum of each player in it for battls, wins, participation to community events, and more.

It would be very cool to engage people to talk, build relationships and have fun together.

Tips for this: Only Bimbos holder can create a guild, with some benefits.

Another cool feature would be to add a “lucky chest” on the Mall in V1. For each battle some “keys” will be dropped. You can use it to open that chest and find different rarities items (like 0.01% myth cards, 0.1% potion exp, 5% exp stone, 30% Lucid…). It would be more interesting to play v1 adding this reward.

You can make different chests (gold, silver, bronze…) with different rewards based on commander level, power decks in the battle, and so on…

4.should get chest rewards for each win and get a random amount of rewards